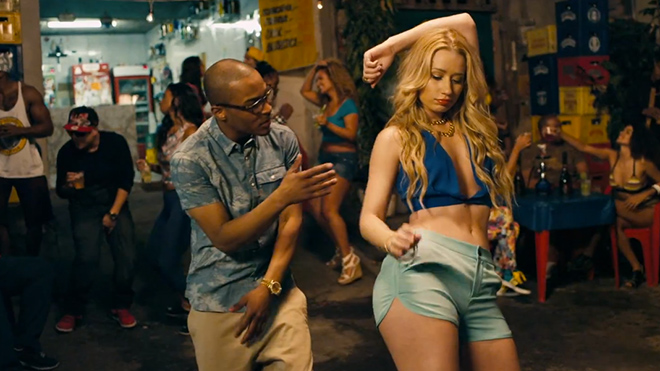 T.I. is surrounded by a bunch of bad bitches in the video for his new single “No Mediocre” featuring his Australian rap protege Iggy Azalea.

The X-directed clip, which was shot in Rio de Janeiro, Brazil, features a bunch of exotic beauties and Iggy just swoops in, looking exactly like the bad chick T.I. is talking about as she raps her lines.

“No Mediocre” follows “About the Money” (ft. Young Thug) as the second single from Tip’s upcoming ninth studio album Paperwork: The Motion Picture, due out later this year.