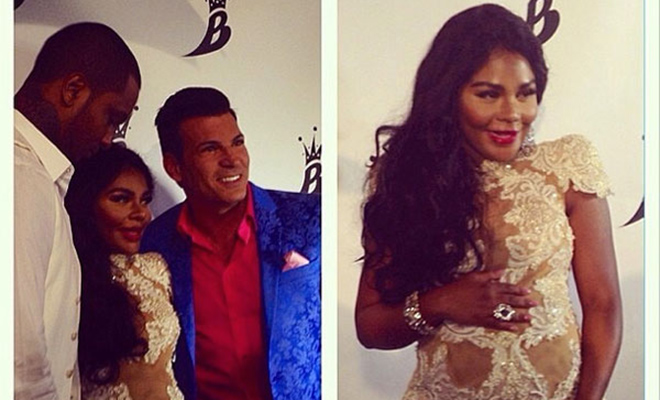 Lil Kim celebrated the upcoming birth of her first child with an over-the-top “royal baby shower” in New York City last Saturday (May 10).

Guests arrived by walking a pink aand blue carpet as trumpeters announced their entrance to the party.

The mom-to-be, who is expecting a baby girl, arrived with her baby daddy — rapper Mr. Papers (they tongue kissed. eww!) — and first appeared in a pink outfit then changed into her “royal” gold dress

She was reportedly joined by her friends and family, including LisaRaye, Juelz Santana, Kimbella, Sandra “Pepa” Denton and more.

Television cameras were at the baby shower and the footage will air during the premiere of “David Tutera’s CELEBrations” on August 1st on WE TV, but until then, check out some pics from the extravagant event below: