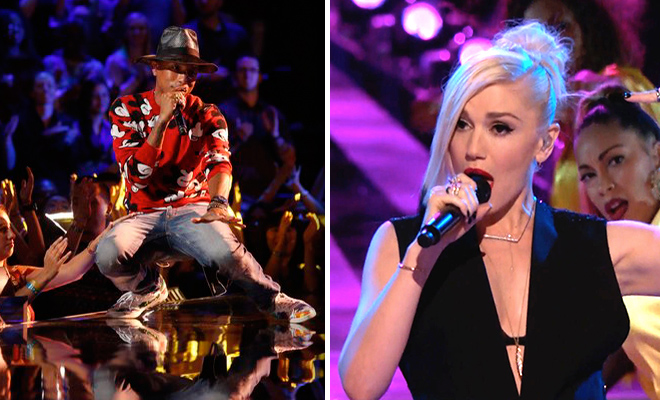 Pharrell and Gwen Stefani were officially welcomed into “The Voice” family last night (May 5).

Both celebrities, who’ve already been officially named as coaches for the next season of the popular talent competition show, graced the stage during Monday night’s top 8 performance show.

Pharrell performed his new single “Come Get It Bae” off his ‘Girl’ album, while Gwen Stefani took us back with her 2004 hit “Hollaback Girl.”