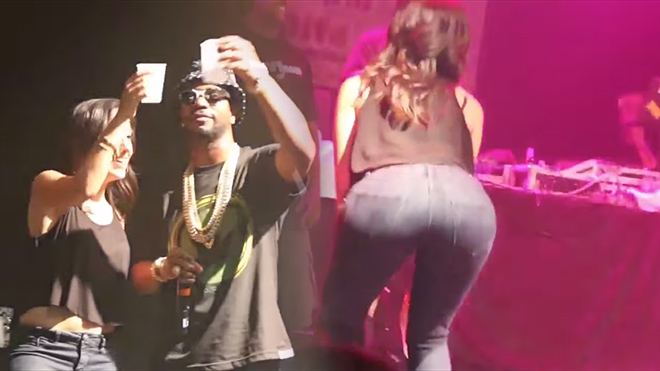 Thanks to Juicy J and Miley Cyrus, twerking has become so mainstream that even school teachers are doing it!

At Juicy J’s 4/20 concert on Sunday (Apr. 20), a teacher named “Kristen” (no last name given for very obvious reasons) was invited on stage to dance alongside the rapper as he performed the rapper and Miley’s “23” song, which is the perfect twerk song, as most Juicy J and Miley  Cyrus songs are.

Kristen, who was hesitant at first about shaking her rump in front of the crowd, whispered in Juicy’s ear that she was a high school teacher and didn’t want to end up on WorldstarHipHop.

But as soon as the music started, Kristen started backing that thang up all over the stage! (So much for not ending up on WSHH, smh…)

Where were teachers like this when we were in school?!?!

Watch the video of the school teacher twerking on stage for Juicy J above!