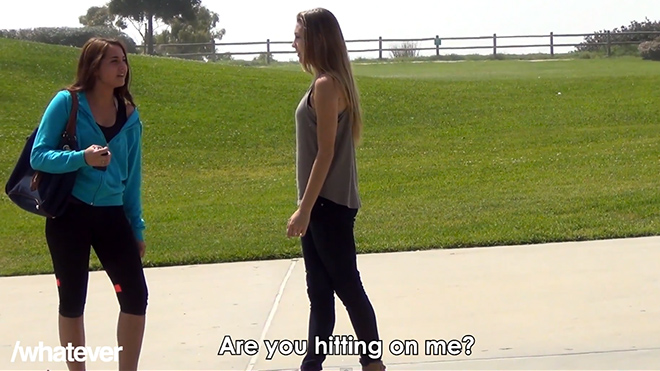 It’s a known fact that women bag chicks faster than men. OK, not really, but based on the “Girl Picking Up Girls,” it does seem easier for girls to bag other girls, especially girls who are open to being bagged by other girls.

Social experiment group Whatever enlisted one of their (attractive) female companions to go around asking random chicks if they would like to go out on a date. And we’re not talking about a regular ol’ “girls night out” either.

Surprisingly, nearly half of the woman took her up on her offer, which in a way scares us because a.) it isn’t the safest to give your number to complete strangers these days and b.) she does it better than most guys!

Guess it just goes to show … us fellas could learn a thing or two from the ladies. It’s also been scientifically proven that most women are somewhat “bi-curious,” so take that for what you will.

WATCH THE HILARIOUS CLIP ABOVE