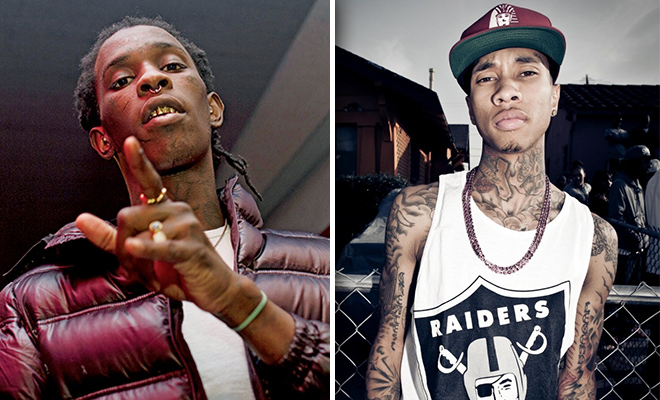 Since Young Thug has been spotted partying it up and spending lots of time with the Young Money family lately, it comes as no surprise that the “Danny Glover” rapper and YMCMB artist Tyga have joined forces for a new track titled “Hookah.”

“Baby pass me the Hookah.” Young Thug sings on the chorus of the song, which actually isn’t half bad. We’ve heard way worse, which doesn’t say much, but still…