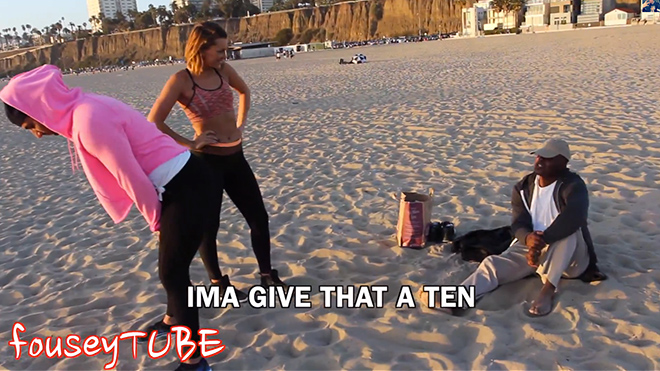 If you thought FouseyTube‘s “Yoga Pants Prank” was hilariously funny … wait until you see PART TWO! It honestly gets no better than this.

With the help of a female friend, the YouTube prankster was able to trick a bunch of straight guys into choosing whether he or his female friend had the bigger butt.

Just about every last one of the guys, not knowing he was male, pick FouseyTube, and were shocked to find out they were actually more attracted to a man’s butt than that of a female’s. (Can you say awkward????)