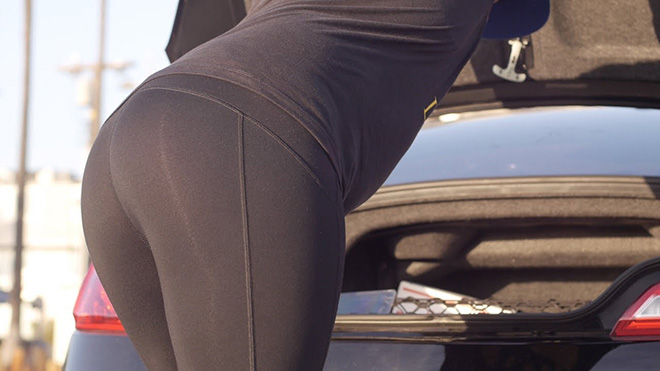 Known for his hilariously elaborate pranks, YouTube personality Yousef Salah Erakat, best known by his username “FouseyTube,” decided to think a bit outside the box for his latest stunt, after having a conversation with a friend of his, who told him he didn’t understand the struggle women who wear leggings go through.

“So a friend of mine recently told me I had no idea how hard it was being a girl, because when she wears leggings, everybody stares at her butt, so today, I’m going to find out exactly how hard it is,” Fousey Tube says at the beginning of his “Yoga Pants Prank” video, which basically exposes how dangerous “male thirst” can be (for not only women, but men too).

This particular prank put Fousey Tube in a situation where he was bent over in the trunk of his car, while wearing women’s leggings, or, what he called “yoga pants,” while a bunch of straight guys (except for one?) pass by gawking at the junk in HIS trunk, making for a very awkward situation once the guys figure out that the woman they thought was bending over is actually a guy.

Since being uploaded to YouTube on March 2nd, the video has been viewed more than 10 million times. Hit up FouseyTube’s YouTube channel for more hilarious clips just like it!

WATCH THE “YOGA PANTS PRANK” ABOVE