GOSSIPONTHIS.COM Celebs Christina Aguilera & Her New Fiancé Matthew Rutler Are Having A Baby 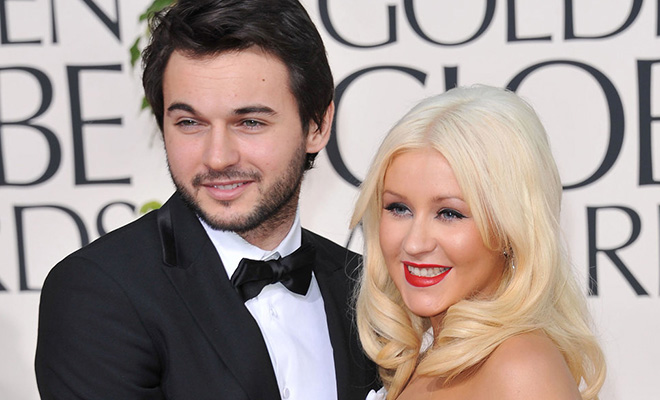 Christina Aguilera will not only be looking forward to walking down the aisle in the next few months, but she also will be welcoming a new baby to the family!

On Valentines Day, the “Voice” coach announced that she was engaged to film producer Matthew Rutler, who she’s been dating for the past three years.

He asked and I said…… pic.twitter.com/XWZVZOjDX1

And less than a full week later, Christina’s mother-in-law revealed to In Touch Weekly that the singer is also expecting a child with Rutler:

In Touch Weekly caught up with Kathleen Rutler, mother of X-Tina’s fiancé Matt Rutler, who may have been hinting that there’s a baby on the way for the newly engaged couple!

The New Jersey native seemed hesitant at first—laughing that she’s “been sort of told not to say anything,” but ultimately began to open up with talks about a grandchild!

“I don’t know what their plans are,” Mrs. Rutler told In Touch when asked if she thought Christina and Matt would move to the East coast. “But when you have a baby, you’re not planning on moving anywhere anytime soon!”

The possible grandma-to-be remained tight-lipped, revealing that they haven’t made any plans for a wedding yet; still, she made it clear that they don’t need a ceremony to consider X-Tina a member of the fam!

Christina already has a son named Max from her previous marriage to Jordan Bratman, but this will be her first child with Matt.

Congrats are in order to Christina and Matthew for their engagement and new bundle of joy!