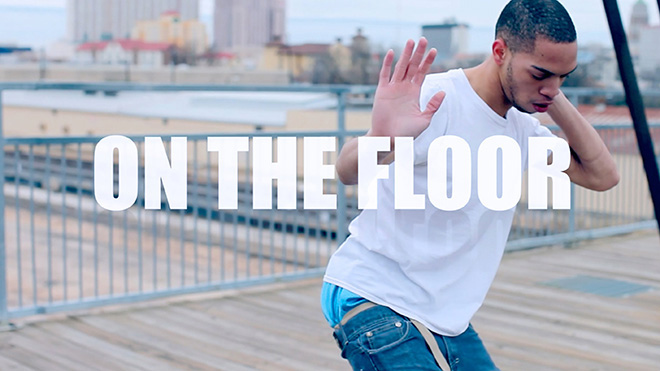 It’s easy to record yourself sounding terrible and upload a video of it on the Internet, but it takes actual talent (and guts) to build a major following from doing that.

We’ve been laughing at Ice JJ Fish for sounding dreadful, but at the same time, this guy is getting millions of views on YouTube (MILLIONS!), and his most popular videos have ads on them, which means that he is MAKING MONEY FROM THIS, YOU GUYS.

Not to mention the fact that he’s already doing radio interviews and possibly club appearances somewhere out here in America too. This “Daniel McLoyd” guy is becoming a friggin’ star, and we’re helping him, smdh.

He’s put out a FULL album on iTunes, with original music, and now he has not one, but TWO music videos in his videography.

As a follow-up to his debut single “No Topping You,” with the help of ThatRaw.com, Ice JJ Fish has released a new video, with an even bigger budget, for the song “On The Floor,” and we can’t figure out if it’s awful, or hilarious, or both! (“awfully hilarious” — is that a thing?)

It’s basically the best and the worst thing you’ll probably ever see. It’s so bad that it’s actually entertaining! The singing, the dance moves, the blank stares into the camera.

According to the blog Xclusive Touch (where we found that hilarious GIF), someone on Tumblr commented: “the guy is dancing like he’s a glitch in a fighting game…”

This is the second of the 3* visuals we have in store for you all. Many thought he was playing around when he said he was here in San Antonio,Tx working, well, here is the proof!

There is a lot of major things that are coming in the near future that we will not touch on so for now, let the sweet sounds of the Fish serenade you all! Men and women, get ready to be ear fucked by the almighty,king IceJJFish! #FishNation

WATCH ICE JJ FISH’S “ON THE FLOOR” VIDEO ABOVE (and go on ahead and get another pair underwear ready because you’re probably gonna pee your pants from laughing so much!)