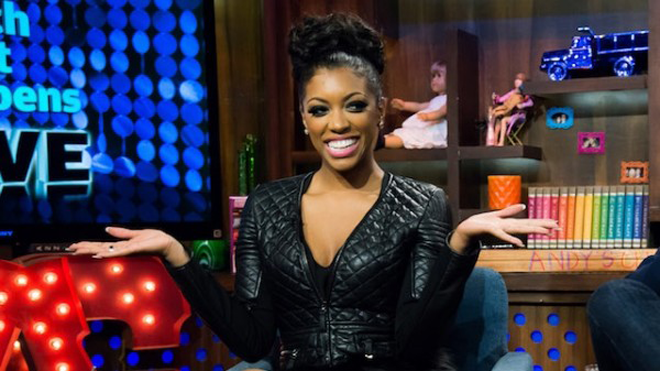 Life after Kordell Stewart doesn’t appear to be going so well for Miss Porsha Williams.

On the “Real Housewives of Atlanta”, Porsha was warned about renting her lavish 8,000 sq. ft. mansion without the necessary revenue to cover her costs.

Her mama warned her, NeNe warned her and now it looks like Porsha was robbing from Peter to pay Paul because the homeowners’ association of the luxury condo she was living in (was this before or after she rented the mansion?) is coming for her coins, according to TMZ.

The court docs filed say she owes over $17,000 in unpaid dues and the association is demanding her wages be garnered to fulfill the debt.

TMZ says she receives about $5,000 a month in spousal support from Kordell and who knows how much Bravo is paying her. But things can’t be going too well because TMZ says Porsha is back at home with her mama!

Miss Williams might want to book a few hood club hosting gigs and pay off her HOA bill ASAP.

She was surely among the gals giggling and snickering when Kenya Moore was going through her eviction battle with her landlord. I bet Kenya Moore is the one who’s laughing now.

To use Porsha’s own saying against her, “Bye, Ashy!”