GOSSIPONTHIS.COM Celebs Ciara Calls Pregnancy A “Blessing,” Hints That She and Future Are Having... 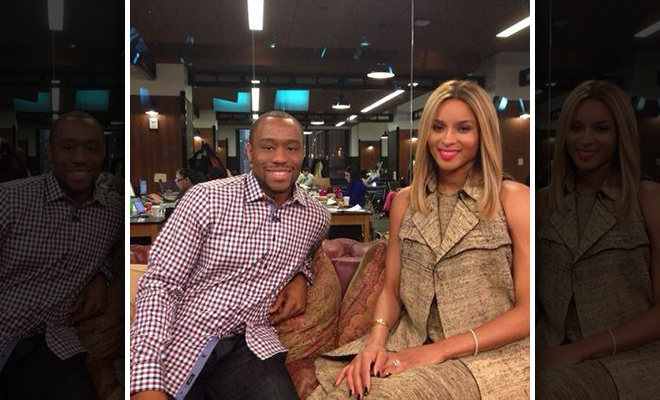 Ciara went on a press tour last Tuesday, starting with her appearance on “The View,” in which she announced that she and her fiance Future are having a baby together.

The R&B/Pop singer — who is promoting her partnership with Degree Women and her forthcoming Grammy After-party performance next Sunday (Jan 26) — also stopped by HuffPost Live and chatted with Marc Lamont Hill about a number of topics, including her pregnancy, Janet Jackson comparisons and her respect for Beyoncé.

“It really is a blessing. It’s the most exciting time in my life. I’m really excited, like a little kid,” Ciara said when asked about her recently confirmed pregnancy.

She says that she and Future are already well aware of the sex of their unborn child, but they aren’t ready to reveal it just yet. However she did mention that Future “got what he fished for,” which hints that they could possibly be having a boy.