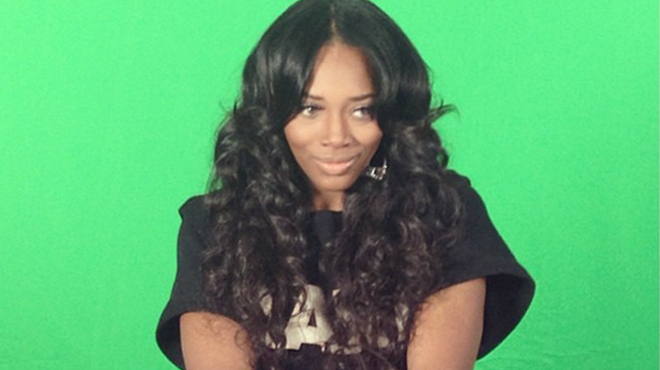 You might have noticed that the season premiere of the fourth season of “Love & Hip Hop (New York)” jam-packed full of drama. They got Peter Gunz out here gettin’ his Stevie J on in the first episode and they called in K. Michelle to juice up the attitude on the show.

Many fans suspected that “LHHNY” was in for a shakeup after season 3 ended on a very lackluster note. The ratings must not have been so heartwarming cause Mona Scott-Young cleaned house and booted 3 members of the cast. In an interview with Entertainment Weekly, Yandy admits that the last season was “laid-back.” Yeah, “laid-back” is an understatement. Season three was hitting the snooze button on viewers cause we were catching them Zzzzs.

Here’s how Yandy explained the flop that was “LHHNY” season 3 to EW:

Season 2 of Love & Hip Hop New York was explosive, especially with the drama between myself and other cast members. Season 3 I think that it was kind of laid-back, and especially following Love & Hip Hop Atlanta it’s hard to do that. I think with this season they did an amazing job with re-casting and it’s all back to be explosive again.

I mean, this is a nice way of cleaning things up. The show actually wasn’t that laid back. I lost count of the number of fights that Raqi, Tahiry, Lore’l, Consequence, Rich Dollaz and Erica Mena got into. But most of these people lacked compelling personalities, so the fights felt empty and pointless. With LHHA you feel invested in the tension and the battles.

Hopefully Mona was able to bottle up some of LHHA‘s mojo and sprinkle it on these dry-as-toast mofos in New York. So far, based on the season premiere, we’re off to a good start.

Even though the whole Peter Gunz love triangle is clearly scripted, I can appreciate that they’re trying to entertain us this season. Reality TV doesn’t always have to be authentic, but it should, at the very least, be fun to watch.