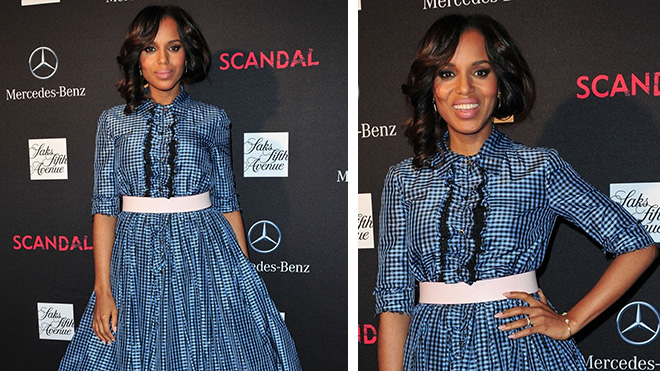 Well, you nosy, belly watching people were correct: Kerry Washington has a bun in that oven of hers.

She and her husband, NFL player Nnamdi Asomugha, will be greeting a kid in next couple of months.

According to a source from Us Weekly, “She’s about four months along.”

As the pub notes, Washington was previously engaged to actor David Moscow. He’s done a bunch of stuff, but my favorite listing of his is an episode of New York Undercover.

Anyway, back to Kerry. I know, I know: That explains those loose fitting clothes she’s been wearing lately.

I don’t think they’ll incorporate that into the Scandal storyline, but we’ll soon see, won’t we?

Either way, awesome news for her!