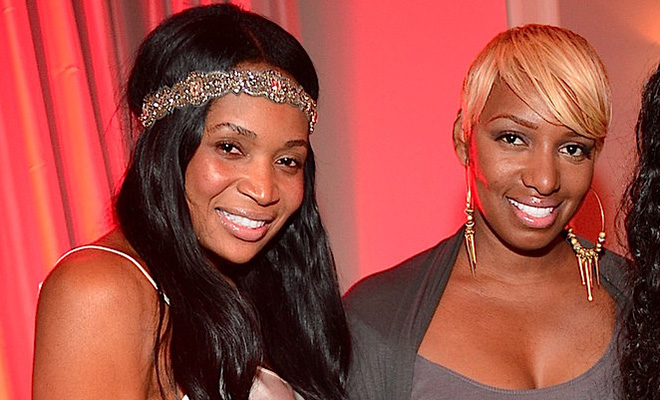 There have been subtle hints of rising friction between NeNe Leakes and Marlo Hampton on I Dream of NeNe, but now it’s quite clear that the two are a bit on the outs.

According to Atlanta blogger/Internet personality Funky Dineva, “Marlo confronted Nene about some mounting tension between them and things escalated into a big shouting match that ended with Nene running up in the face of one of the producers and going off.”

It wasn’t a full fledged fight, but it was enough to talk rumors of Marlo’s dismissal. That said, Dineva confirms that Marlo hasn’t been fired as she provides “good TV.”

Even so, “security will be heightened at filming.” Another cast  member confirmed that Marlo was indeed not removed from the filming scheduling. I mean, to be fair, she’s not really able to be fired given she’s not an official housewife.

Still, Dineva maintains “I do believe that Nene tried to shift her weight around and get Marlo fired.”

You can get the full word over at his site.