GOSSIPONTHIS.COM Celebs Selena Gomez Isn’t Here for Lorde’s Criticism of “Come and Get It” 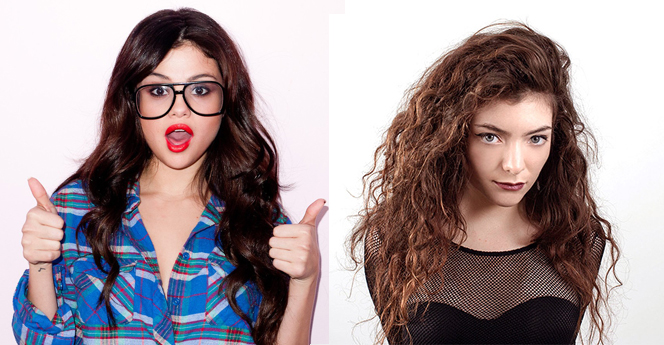 Weeks ago, Lorde noted that the message conveyed in Selena Gomez’s single “Come & Get It” set the wrong example for young girls. While speaking about her tour with Washington D.C.’s Hot 99.5, Selena was asked about how she deals with “criticism and negativity.”

I despise when people conflate the two terms as if they’re mutually exclusive. Constructive criticism is healthy and often times coming from a sincere and well-meaning place. You could easily surmise that as a “positive.” But you know, we live in a time in which people like to pretend that water can turn into Nicki Minaj’s brand of wine and that they are just as perfect as their Instagram filters suggest.

That said, Selena was very complimentary about Lorde, acknowledging that she’s uber talented and is a fan — to the point in which she’s covered her songs. However, she did note, “Feminism and that specific thing is very sensitive because in my opinion, it’s not feminism if you’re tearing down other artists.”

Then the kiss-ass radio personality, who had already presented her question with an inherent bias against Lorde, went on about how “young” Lorde is and how “we all thought we knew everything at 16.”

Here’s the thing, though. Lorde didn’t say you couldn’t be sexy. Her point was that the song “Come & Get It” portrayed a common theme with women in pop. As in, “When you’re ready, come and get it.” As a woman’s sexuality being essentially tied solely around a man’s desires. As she put it herself, “I’m sick of women being portrayed this way.”

It wasn’t that Selena couldn’t be sexy, but that her presentation of her sexuality was catered to the interest of the male gaze. For a teenager to get that is ridiculously impressive and not some stupid “know it all, young brat” trope that the DJ was peddling.