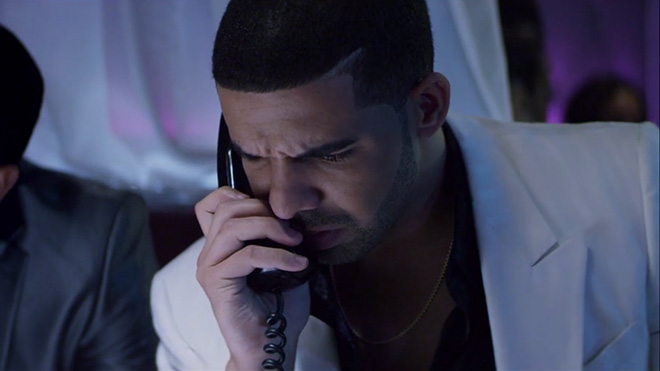 Drake‘s new album ‘Nothing Was the Same’ dropped yesterday and so did the video for his new single “Hold On, We’re Going Home,” which fits the song so perfectly and makes us like the song even more!

The video, which takes place in Miami in 1985, kicks off with a scene showing Drake and his crew, including A$AP Rocky and the song’s featured artist Majid Jordan, all dressed in white suits, drinking champagne and toasting to the good life, when all of a sudden Drizzy gets a phone call (on an old-school rotary phone, none-the-less) that his girl has been kidnapped.

The rest of the 7-minute gangster flick inspired mini movie follows Drake and his posse as they all attempt to rescue his woman from the bad guys and eventually come to the rescue. We won’t tell you what happens in between because you’ll just have to watch the video to find out.