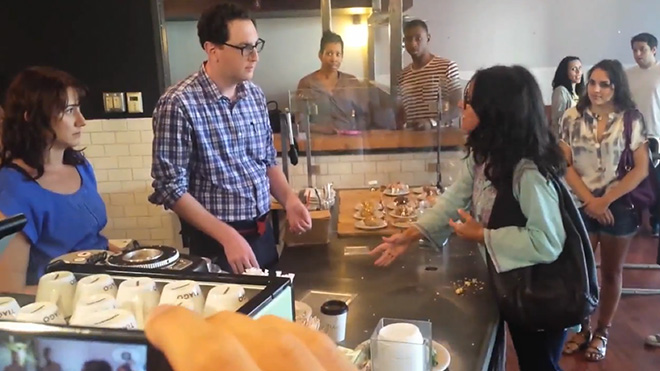 It’s been said repeatedly that we are living in the “Golden Age of Television” and  Jimmy Kimmel knows the reason why.

On Monday’s episode of “Jimmy Kimmel Live” the late-night funnyman explained that since so many videos of real people freaking out have hit the web, actors have a reference point for how to portray true emotions.

After showing a few popular vids of everyday folks flipping out, Kimmel cuts to a clip of “Veep” star Julia Louis-Dreyfus throwing a tantrum in a coffee shop.

Of course it’s just a joke, but man is it realistic.

And as a bonus, watch her hilarious Emmy acceptance speech below, in which Tony Hale (who plays her assistant on “Veep”) holds her purse and “helps” her through.