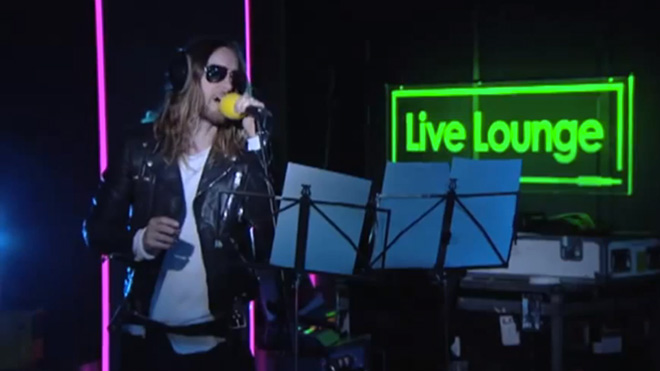 Rihanna‘s harrowing ballad “Stay” is one of her best songs, so it’s no surprise that Thirty Seconds to Mars singer Jared Leto decided to cover it for BBC Radio 1’s “Live Lounge.”

It’s quite interesting to hear a rocker’s interpretation of the heartbreaking song and his soulful voice definitely does it justice. Many have concluded that RiRi intended “Stay” to be about her rocky relationship with Chris Brown.

So does Leto’s version of “Stay” trump the original?

WATCH THE VIDEO UP TOP, AND LET US KNOW IN THE COMMENTS!