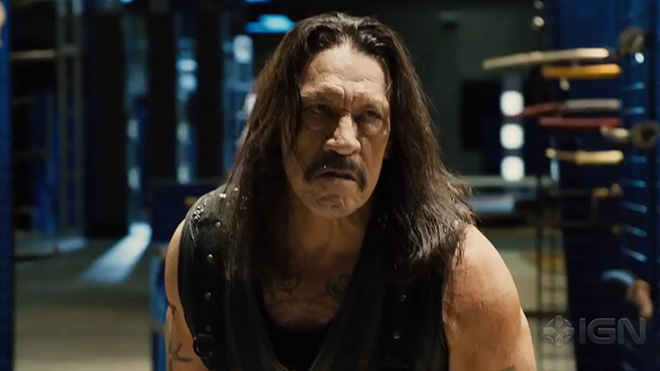 The red band trailer for “Machete Kills” has arrived!

Of course, since we had such a blast watching the ridiculous yet irresistible first installment, we can’t say we’re not excited for the bloody, gory awesome followup.

From the trailer, it looks as though “Machete Kills” is even more over the top than the first one, which included such insane moments as Lindsay Lohan shooting people while dressed as a nun.

This one has Mel Gibson playing a nutcase, so how could we not check it out? Oh yeah, and Sofia Vergara has what Austin Powers would refer to as “machine gun jubblies,” so you can bet movie goers will be psyched to head to the theater.

The action-packed satire picks up where the first film left off and follows Machete (Trejo) after he is recruited by the President, played by none other than Charlie Sheen, to take down a brutal arms dealer (Gibson).

WATCH THE RED BAND TRAILER ABOVE!