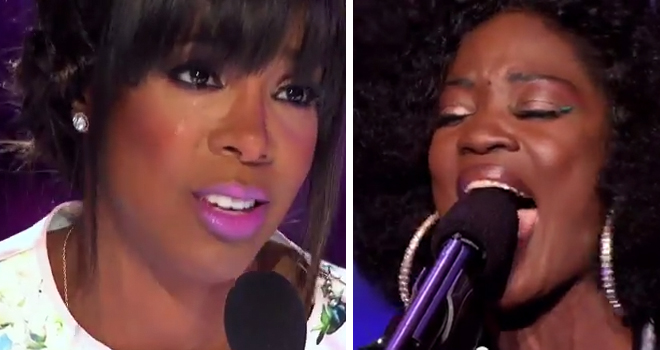 The third season of “X Factor USA” is rockin’ and rollin’ and it looks like we may have already stumbled upon our very own Susan Boyle.

Lillie McCloud of Orlando, Fla., left the judges panel in shock and awe with her audition on the show. Dressed in a skintight catsuit which was topped off with a snazzy afro wig, the 54-year-old looked closer to 34 than her real age of 54.

While her body was looking tight and right, what really won the judges over was her golden voice. Singing Cece Winans’ gospel hit “Alabaster Box,” McCloud stunned the audience and the judges into submission as her voice soared to heavenly heights.

It left Kelly Rowland dumbfounded and in tears when the whole thing was said and done. As the kids like to say, Kelly was gettin’ her life to that joint.

I won’t even shade Grandma Lillie too much for getting onstage in a “f**k me” bodysuit and singing a gospel song, but she deserves a round of applause for that audition nonetheless.