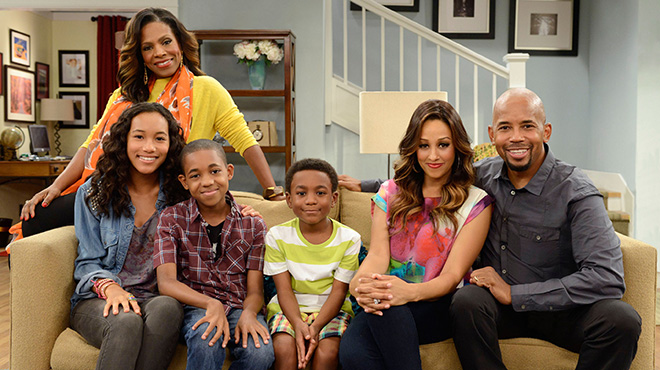 After Tia Mowry-Hardrict‘s exit from BET’s “The Game” last year, we’ve all been wondering what her next move was going to be, and here it is!

Mowry-Hardrict is the star of a new Nick at Nite show called “Instant Mom,” in which she will play a woman named Stephanie whose life is changed once she becomes an “instant mom” after marrying a man named Charlie, who is a father to a teenage girl and two younger boys.

The promo for the series was premiered exclusively on Zap2it.com and will be airing on Nick at Nite for the next few weeks, until the pilot airs on TV later this month:

“In ‘Instant Mom,’ Tia vividly captures what it’s like to jump into motherhood with nearly zero experience, and her stepchildren take a front row in her labors,” says Nickelodeon’s President of Content Development and Production Russell Hicks. “Their comedic and authentic approach to their disparities as a new family will make audiences fall in love with the growing and heartfelt appreciation for each other and for the all-embracing blended family they are now a part of.”

In the promo, premiering exclusively at Zap2it, Mowry-Hardrict describes her life thusly: “Remember that first day as a mom? Imagine that times three. One of them is a teenage girl who rocks this outfit just as hard as I do. A boy who will do or say just about anything for 20 bucks. And a third little guy who is so tiny that I’m pretty sure I misplaced him for two hours yesterday.”

Make sure you check out NickMom.com for more info on “Instant Mom,” set to premiere on Sunday, September 29th at 8:30 p.m. on Nick at Nite.

WATCH THE PROMO AT THE TOP!