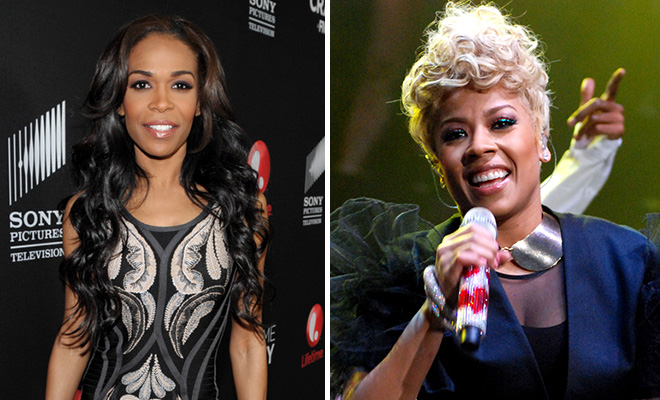 For the first time, Michelle Williams has publicly addressed her supposed Twitter beef with Keyshia Cole.

As Michelle pointed out, there’s really no beef when it’s only one person taking all of the shots. That’s just one big bottle of salt.

In any event, the Destiny’s Child member and crooner for Christ talked about the shade Keyshia threw her way after the Super Bowl.

Instead of barking back, Michelle offered a sweet sentiment. I imagine ’cause her mama taught her better than that.

“I can’t wait to see her [Keyshia Cole] in person so we can talk and say ‘hey what happened?’ Cuz I will say this I was a major fan of hers.

“That’s my first time even saying that. I understood her story and was rooting for her. I have a little sister that’s adopted. My little sister’s mother was a crack addict.”

Michelle Williams won and is going to heaven.

In my head, when Keyshia Cole and Michelle Williams are waiting for VIP access into heaven, St. Peter is going to replay this clip and have Michelle escorted right into the Destiny’s Child villa.

Meanwhile, Keyshia is going to see an image of her initial tweet, the shady tweets after and a blank space indicating her lack of apology. Then she’ll get the nuh-uh look and security will be called.