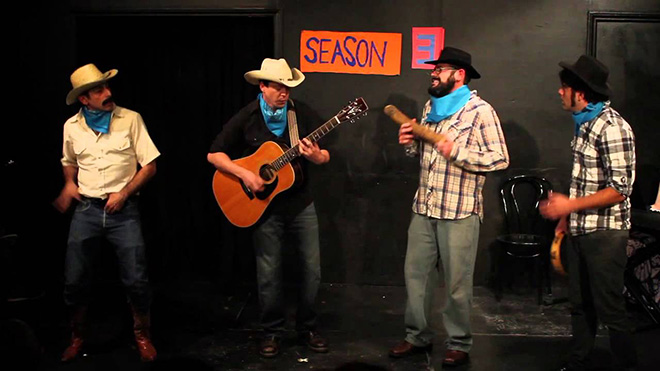 If you’ve ever watched “Breaking Bad” and thought, “this would make a great musical comedy,” you were on to something!

A video has hit the web of a performance that took place earlier this summer at UCB L.A. titled “Walter White and the Amazing Blue Crystal Meth: A Breaking Bad Rock Opera,” which offers a sidesplitting parody of the acclaimed AMC series that spans from the pilot episode to mid-way through season five.

It’s got emotional ballads, rap, bad break dancing, and duets about cooking meth. What more could anyone ask for?

Even if you’re one of those people who has yet to watch the Emmy-winning drama, in which case you’ve probably been feeling left out for the last few years, the jokes in the production probably won’t be lost on you.

Actually, it may be a great alternative for those who actually want to watch “Breaking Bad” but don’t have hours and hours to kill.

Something tells us, there’s a national tour of this thing on the horizon.

Watch the hilarity unfold at the top!