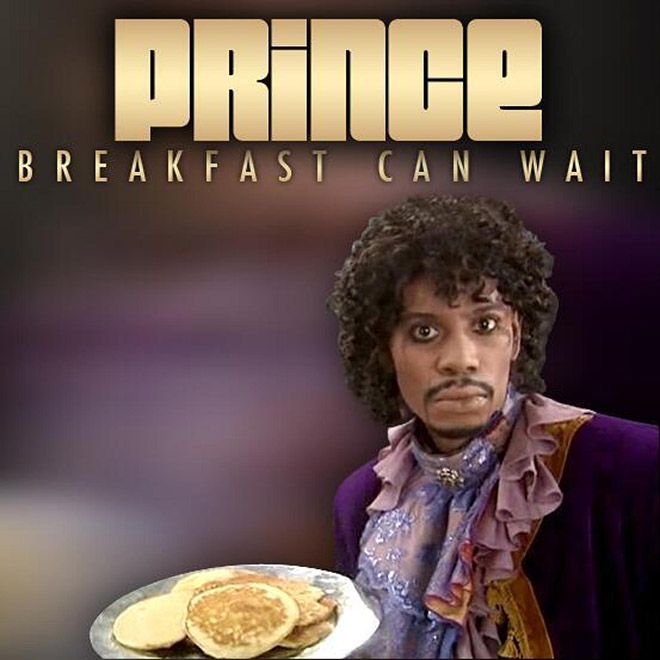 Prince released a new song earlier this week called “Breakfast Can Wait,” after first causing a stir last month when he released the cover art for the song — a photo of comedian Dave Chappelle serving up a plate of hot cakes dressed up in Prince’s iconic Purple Rain costume.

The song — released through a new distribution deal with the independent Kobalt Label Services —  is about someone asking their lover to stay in bed with them, instead of eating breakfast, hence the title “Breakfast Can Wait.”

And that Dave Chappelle single cover is just pure greatness. Who knew Prince had such a keen sense of humor?

Prince, who recently surprised the Internet world by joining Twitter and gained over 100,000 followers within 24 hours of his first tweet, is currently working on his upcoming album, ‘Plectrum Electrum.’

LISTEN TO “BREAKFAST CAN WAIT” HERE: