GOSSIPONTHIS.COM Celebs Farrah Abraham Has No Idea What A Feminist Is: “Does That Mean... 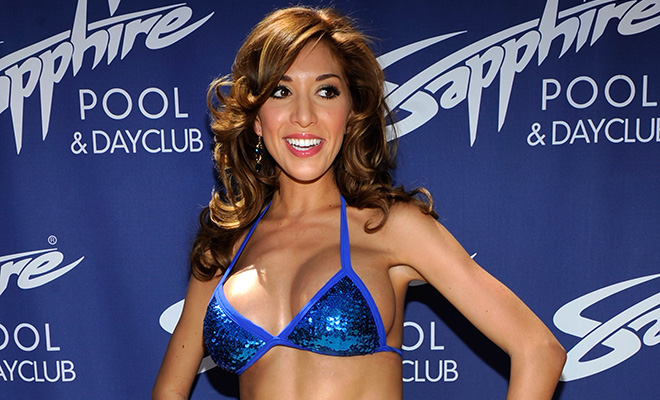 By now you’ve probably grown tired of Farrah “Backdoor” Abraham and have likely tried your best to ignore her recent string of appearances at various strip clubs. Well, come back to Farrahland for a moment and bask in the hilarity of her latest statement.

When the film was released online, anyone with Internet access was forced to deal with Farrah-Overload. But thankfully, Farrah has begun to somewhat fade from the headlines. In other words, no one gave a sh*t what she was up to … until now.

That’s because the 22-year-old said something pretty inane in an interview with the Miami Times. Apparently, the reality star is unsure what a feminist is.

Here’s how it went down:

Do you consider yourself a feminist?

I’m pretty feminine. I think so.

What does that mean, you’re a lesbian or something?

No, that’s not what I’m asking at all.

What context are you saying it in?

It’s a complicated concept, but I guess at its most basic, it means that women are equal to men.

Oh, I definitely feel that women are equal to men. No doubt about that. I mean women should have equal rights to men, every day.

Though her statements are laughable, none of this is surprising. Any woman who thinks exploiting her sexuality for the sake of money probably has no clue what striving for women’s equality is.