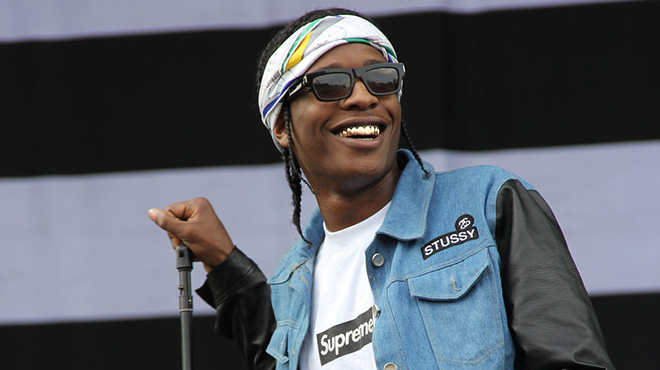 In its second year, the two-day Budweiser-sponsored “Made in America Music Festival,” helmed by Hip Hop mogul Jay Z, kicked off Saturday, September 1st with a lineup of performers.

One of which included rap newcomer A$AP Rocky, who wasn’t really “ASAP” at all, because he reportedly arrived to do his set a bit late (20 minutes to be exact), which is said to have angered the awaiting crowd.

The crowd became frustrated and impatient as A$AP Rocky finally took the main stage 20 minutes after his original set time of 3:15 on Saturday afternoon. As the rapper entered, the audience’s mood shifted immediately over the delight of seeing the artist that many of them had come specifically to see.

Because of his tardiness, A$AP Rocky’s performance set was limited to only six songs and he was only on the stage for 15 minutes. Amid the six songs included fan favorites “Wild for the Night” and his set closer “F**kin Problems.”

WATCH A$AP ROCKY PERFORM AT THE 2013 “MADE IN AMERICA FESTIVAL ABOVE!