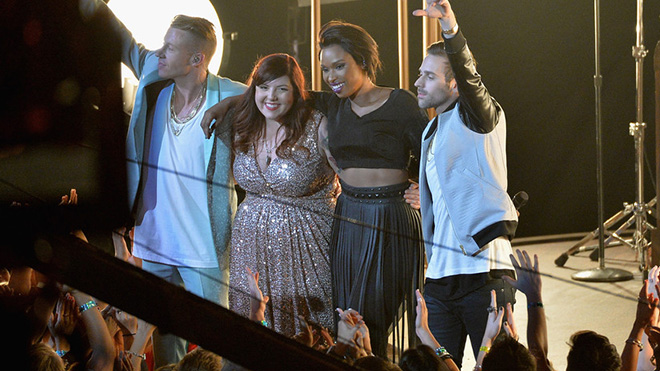 Forgive me, but I don’t really keep up with Macklemore & Ryan Lewis, and the girl that’s not Adele, who I discovered last night is named Mary Lambert. I knew of this song and its message, so salute to him on that. But yeah, this was just okay.

Before he took the stage, Macklemore told MTV about his VMA performance, “The performance is going to be…hopefully memorable. Hopefully we will be in the present moment, we will capture some magic on stage that will be transmitted to the televisions of the world.”

I will have forgotten this performance by the time this post is published. Not that it wasn’t “good,” but “memorable” is a totally different story.

I do appreciate Jennifer Hudson being invited to participate in the performance, though. Considering all of that comically bad appropriation of Black culture going on last night, it was nice to see a splash of color on the stage — particularly the splash that can actually sing. R&B acts got zero love last night out of this, so if nothing else, I’m grateful at least one soulful woman made her way on stage.

But again, I won’t remember this performance. Better luck next time, Macklemore. Based on you winning a rap award over Drake and Kendrick Lamar (Iyanla, Fix Hip Hop’s Life), it looks like you’ll have plenty more opportunities. 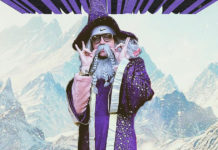