GOSSIPONTHIS.COM Celebs 2013 VMAs: Bruno Mars Shows Off His Animal Side in “Gorilla” Performance 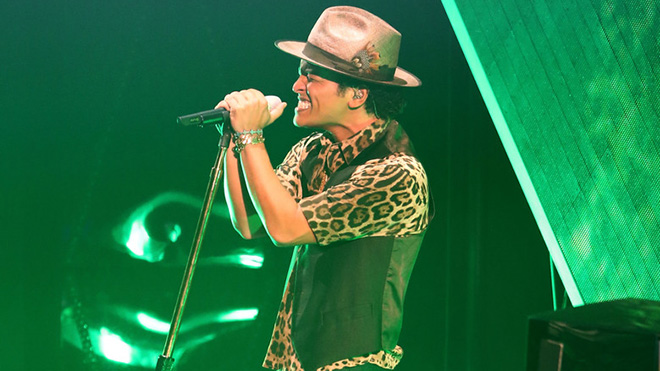 Bruno Mars isn’t a guy who likes to mince words. And the performance of his new single, “Gorilla,” at the 2013 MTV Video Music Awards lets it all hang out.

The song talks about Bruno’s animalistic desire to “make love like gorillas.” Bruno might be a little man, but his voice packs a gorilla-sized punch and he uses his raw talents to create a larger-than-life image of himself.

If you haven’t had the opportunity to see Bruno in action, you’re in for a treat. But be warned, Bruno is on the prowl and he’s not likely to let you go once he’s got you pinned down.