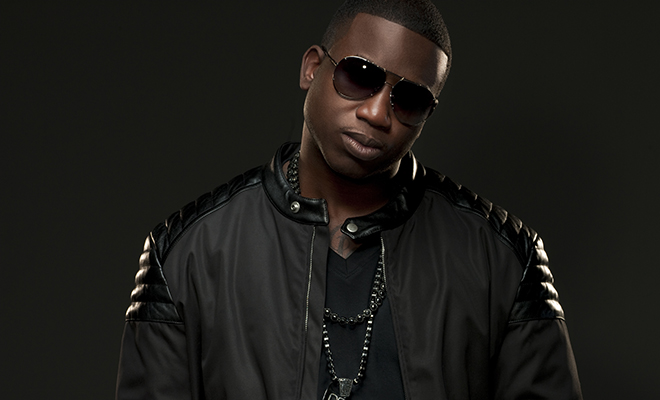 The infamous beef between Atlanta rappers Gucci Mane and Young Jeezy has been pretty quiet for some time now, but it looks like Gucci is trying to re-ignite it, as well as his old beef with T.I. and he’s also throwing Memphis rapper Yo Gotti in the mix too. You know, just for good measure.

On Tuesday morning, which, overall, was a pretty big day for Hip Hop, Gucci (aka “Guwop”) took to Twitter and listed the aforementioned rappers as his “Top 3 Pussy Ass Rappers,” possibly taking advantage of the increased activity on the social site due to Kendrick Lamar’s verse declaring war on his rap cohorts going viral.

Gucci started off his random tirade by comparing rappers to scorned women:

Rappers are so weak Remind me of scorned women #Guwop

A little later, he tweeted this:

If I had a nickel 4 every Lie these rappers tell I would be a multi Billionaire Instead of millionaire …Big money talk.. #Ww3 1017pm

And then came this:

About an hour later, Gucci rehashed his beef with his former protege Waka Flocka Flame too, offering to sell his 1017 BrickSquad contract for $1 million. If you’ll recall, the two had a falling out back in March after Gucci tweeted that he was a “disloyal lil nigga.”

He also threatened to drop Waka from the label, but that won’t be so easy since Waka has three more albums to record with Brick Squad, in addition to shared royalties on touring and publishing. So apparently, he’s trying to “sell” Waka’s label rights/royalties to whoever wants to pay $1 million.

I will sell all rights to Waka Flocka Flame fo #ltw pic.twitter.com/GmMw5TWwmV

Waka Flocka hasn’t responded to Gucci’s tweets yet, and he probably won’t because he’s said all he’s had to say about his issues with his former rap mentor. In fact, just last month, when UK radio personality Tim Westwood asked Waka what was up between him and Gucci, he replied: “Who dat is? Who dat? Who is that?”

T.I. is so above Gucci Mane and his nonsense that there’s hardly any chance that he’ll respond, and as far as Young Jeezy is concerned, he’s already responded to Gucci’s shenanigans once:

“I mean, I feel like everybody know that boy retarded, nobody takes him seriously,” he said. “He got an ice cream cone on his face. That being said, I’m not going back. I’m going forward. And then it’s crazy because they’ll call you and want you on songs. And then when you don’t get on a song, that’s what happens.”