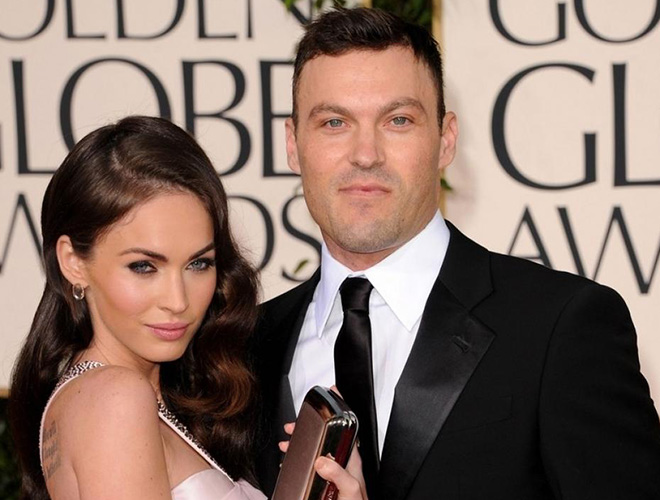 Fox has recently been shooting the new “Teenage Mutant Ninja Turtles” movie with Michael Bay (who also directed “Transformers”), but since her pregnancy is reportedly in its early stages, she was able to keep it a secret on the set so that it didn’t interfere with her work.

Megan Fox and Brian Austin Green have been together since 2004. They got married in 2010 and welcomed their son Noah in September 2012. Green also has an 11-year-old son Kassius from a previous relationship.

The couple were spotted arriving at JFK Airport in New York City Friday afternoon (Aug 2) and Fox used a giant bag to shield her practically non-existent baby bump. US Weekly has the pics here.