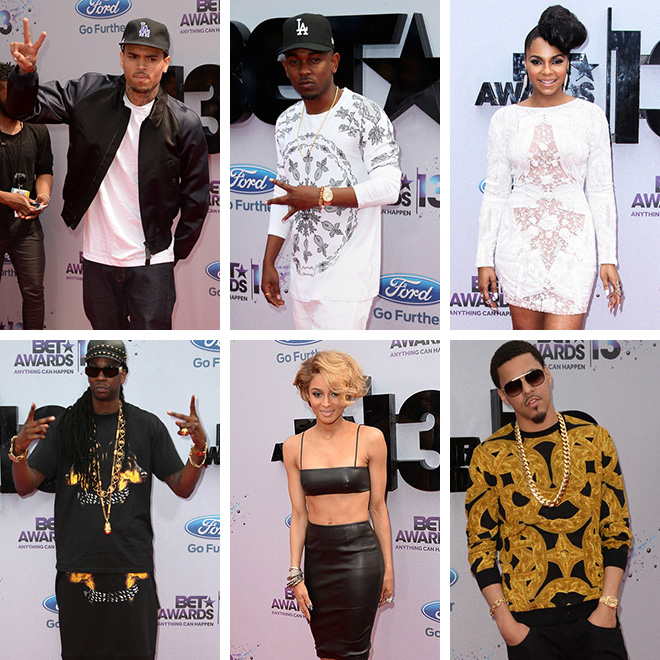 The stars were out and shining bright as they descended upon the 2013 BET Awards in Los Angeles Sunday night (Jun 30). Tons of celebs arrived in style at the annual event, which was held at the Staples Center this year, including Miguel, Chris Brown, T.I., Ashanti, Ciara, Kendrick Lamar, Big Sean, J. Cole and 2 Chainz. The couples also showed up too — Robin Thicke and Paula Patton arrived together, as did Amber Rose and Wiz Khalifa, and Dwyane Wade and Gabrielle Union. It was a family affair at the BET Awards as well, with Snoop Dogg/Lion (whatever he’s calling himself right now) arriving with his family, Robert Townsend posing with his daughter Skye Townsend and Nick Cannon showing up with his grandfather. Other stars who posed on the red carpet of the 2013 BET Awards, hosted by Chris Tucker, were Terrence Howard, R&B singer K. Michelle (from “LHHATL”), Angela Bassett, Meagan Good, Sanaa Latahan, Mindless Behavior and many more.

Check out over 60+ photos from the red carpet of the 2013 BET Awards right here: