In an interview with NPR, singer/songwriter/producer The-Dream explained his theory as to how the digital age hurt R&B. He goes on to explain how that’s hurt music overall and stressed why everyone needs R&B. You can’t see me, but right now I’m doing a very slow clap in salute.

What is it about the ’90s? You’ve said what they mean for you personally, but why do all of us keep going back? Why did it even stop?

I’ll tell you why. MP3 interrupted what R&B was starting to be. It’s like taking an engine out of something and saying, “Now drive your car really fast.” It’s not going to happen. It’s the same thing that I deal with now. It takes a lot to put a 5-piece band on, even though we need it. We need those harmonies; I need those four background singers — not because I can’t sing but because I need to relay the message of what the song is emotionally, or the feeling, period. [From] a money standpoint, it didn’t really affect hip-hop — they could still keep going. You don’t need a band to do hip-hop; you only need a DJ.

That money — when it goes away, you can’t put on that show, which is where we are now. We can’t put on that show unless we make it somehow to a big awards thing and then, of course, that means your favorite R&B artist at some point better do an up-tempo record, or an electric record, so they can get there to perform. Other than that, someone like me is probably never going to perform on that stage unless there’s a certain person that’s sitting there that hears a record and says, “I’m putting this on regardless. I don’t care where it is on the radio, I’m just going to put it on.” But then, that’s a far cry, that’s like lightning in a bottle.

MP3 interrupted what R&B was turning into, so that’s why we’re going back. We kind of tried to fix it and technology is helping us out a lot, but it’s pretty hard to duplicate the fullness of what R&B had become at that time, and mood, with so little, whereas in hip-hop and rap and EDM and all those guys, they can do it with basically nothing.

What do we lose when we don’t have it?

It’s the same thing you lose when you put food in the microwave: certain nutrients, vitamins and all of the stuff that actually works. Yeah, sure, that pie is hot and it’s good — it’s probably cold in the center, though, when it comes out of the microwave versus you putting it in the oven and allowing it to take its time and cook and be patient. And that’s what R&B is; it’s a patient practice. It’s really that to me, a patient practice, and it depends on if people like what they’re putting into their hearts and bodies.

Why does R&B matter? Why do we need it? People feel deeply about it. Where does that care come from?

Because it’s the closest point to the reality of love that there is. It’s the closest point. Other music and genres, they’re slightly – from R&B, there’s a big gap of how close love is involved in the song. That’s what rhythm and blues is based on; it’s based on love and heartbreak. You need it because that’s real life. So, when you take real life out of a song, suddenly we’re dancing to a song that doesn’t mean anything, that has nothing to do with my life after this. Like after I leave the club, then what?

And that’s what those great storytelling songs of the older days — when R. Kelly would do that and tell those stories and you’re like, “Oh, man.” That’s what “Dirty Laundry” is. It’s a song for real, it’s not like, [sings] “I was at the club last night and I met my girl and she told me she loved me and I kissed her on the cheek.” That never happens to no one else ever. It’s like, what are you talking about?

If you take R&B away, you take away the feeling of one human being to another. You take away so many things. You take away the passion, and the love. And once you get out of R&B, actually, even if you’re dealing with tempo records, that’s still just about your love for music. It has nothing to do with human contact. Like, at all. It’s just, “Oh man, we’re getting off on this thing, and we’re doing our thing, and these instruments, they are crazy.” But what are you talking about?

You can listen to the interview in full over at NPR. 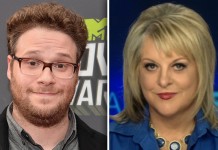