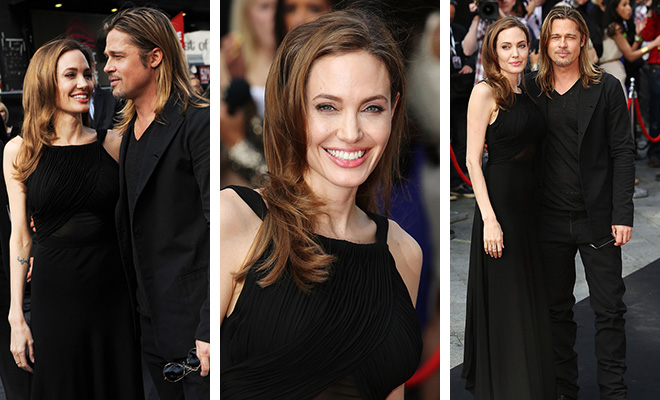 Angelina Jolie dazzled on her first red carpet appearance since having a preventative double mastectomy.

Jolie joined beau Brad Pitt on Sunday (Jun 2) for the London premiere of his summer blockbuster, World War Z, where Pitt spoke candidly about his wife on the red carpet and her “heroic” decision to undergo the surgery.

“That’s who I fell in love with from the very beginning,” Pitt told E! News. “The person that you see now is the person that I’ve always known and she’s heroic and incredibly strong and will attack any problem head-on and make it work.”

Jolie also spoke publicly for the first time since writing her New York Times op-ed about her surgery.

“I’ve been very happy just to see the discussion about women’s health expanded and that means the world to me,” Jolie told the BBC. “After losing my mom to these issues, I’m very grateful for it and I’ve been very moved by the support from people.”

In World War Z, Pitt leaves his family safely behind to battle zombies and save the Earth. Although the movie’s concept is science fiction, Pitt looked at it in a very personal way.

“If you can fight, fight,” Pitt said. “Help each other. Be prepared for anything. Our war has just begun.”

Check out the red carpet pics (from the London premiere) here: