Known for his extravagant taste and expensive cars, Will.i.am is the proud new owner of a $900,000 custom car, which was delivered to his home last week and the Black Eyed Peas frontman wasted no time in taking his new whip for a spin around Hollywood.

According to TMZ, the one-of-a-kind purple car was designed piece-by-piece by West Coast Customs, the same shop that souped up cars for MTV’s “Pimp My Ride.” Will.i.am’s car reportedly features an aluminum interior, aluminum dashboard, aluminum door panels and bucket seats. TMZ photogs caught the singer out driving around in it earlier this week. Jalopnik reports that the car is a 1958 VW Beetle that has been “modified beyond recognition,” and it took at least four years, and two separate shops to complete the project because Will.i.am changed his mind so many times about what he wanted done. (The shop who had the car before WCC was The Garage based out of Stuart, FL)

Will.i.am’s brand new whip joins his fleet of cars with expensive price tags, including a white Delorean sports coupe with butterfly doors worth around $700,000. 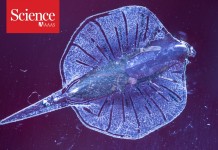