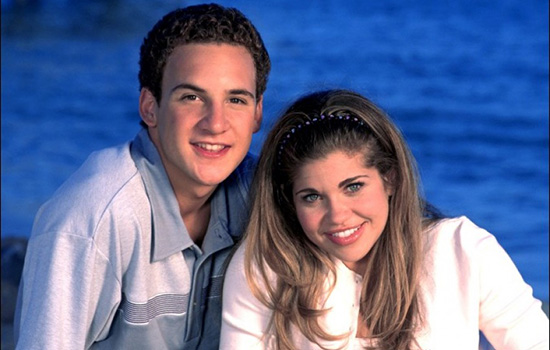 Get excited, “Boy Meets World” fans, because Cory and Topanga are back!

Ben Savage and Danielle Fishel have reportedly signed on to join the cast of “Girl Meets World,” a potential sequel series to the hit 1990s ABC sitcom “Boy Meets World.”

According to the Disney Channel, the show’s pilot episode is still in “very early stages of development” and a nationwide casting search is currently underway for a young who will play Cory and Topanga’s daughter Riley Matthews, the star of the show, hence the name “Girl Meets World.”

Cory will reportedly play a history teacher on the show, just like his mentor Mr. Feeny. Michael Jacobs, the creator and executive producer of “Boy Meets World,” is reportedly behind the new project.

I’m going to be a father! Well, on TV at least. The “Boy Meets World” sequel is officially happening!

“I’m very excited for Disney and [creator] Michael Jacobs,” William Russ, who played Cory’s dad Alan Matthews on the series, told the Huffington Post. “They are a great team and will produce an exceptional show, I have no doubt.”

Anthony Tyler Quinn, who played Mr. Turner — everyone’s second-favorite teacher (next to Mr. Feeny, of course) told HuffPo that he would love to be a part of the new show. “‘Boy Meets World’ was and continues to be these beautiful brushstrokes in my life,” Quinn said. “It was a wonderful experience, and I think Michael’s going to create something fresh. I’d love to be a part of it.”

He added, “If it’s done right, I think it’ll be wonderful. I think Michael Jacobs is a great writer and producer, and I think if anybody can do it right, he’s your man … I’m really excited it’s getting so much buzz.”