During the presidential debate, which was loosely moderated by PBS’ Jim Lehrer, Mitt Romney named names when he was pressed to give examples of government spending cuts he’d like to make. He picked the very low-hanging fruit of PBS. “I’m sorry, Jim, I’m gonna stop the subsidy to PBS…. I like PBS, I love Big Bird — I actually like, you too — but I am not going to keep spending money on things [we have] to borrow money from China to pay for,” Romney said.

Here’s a video of Romney’s soul-crushing words about Big Bird:

According to some estimates, government funding contributes around 12 percent to PBS’ bottom line.

So this is clearly not the driving source of funding for PBS and in terms of the overall budget, the contributions to PBS pale in comparison to say, Department of Defense spending.

The Internet being what it is, people picked up on the ludicrousness of picking on Big Bird when big-ticket items like Medicare and education spending are on the chopping block. So they mocked Romney by making the Big Bird angle a meme. Big Bird even became a trending topic on Twitter.

Here’s some of the best of what Twitter had to offer on Big Bird vs. Mitt Romney.

Who picks on Big Bird!!!#bulliesthatswho

The actual twist in the election, Big Bird becomes president.

I love Big Bird, but stop PBS. I love green energy, but stop funds. THE TRAGEDY OF MITT ROMNEY IS HE KNOWS HE WILL KILL EVERYTHING HE LOVES

I can see why Romney wants to fire Big Bird.He takes too many breaks. youtu.be/PzFXfvZuLK0

YAASSSS PASTOR!!!! @pastorbailey With Big Bird gone under @mittromney all the kids will have left to watch @honeybooboo 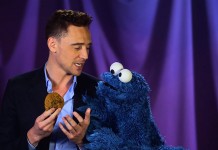