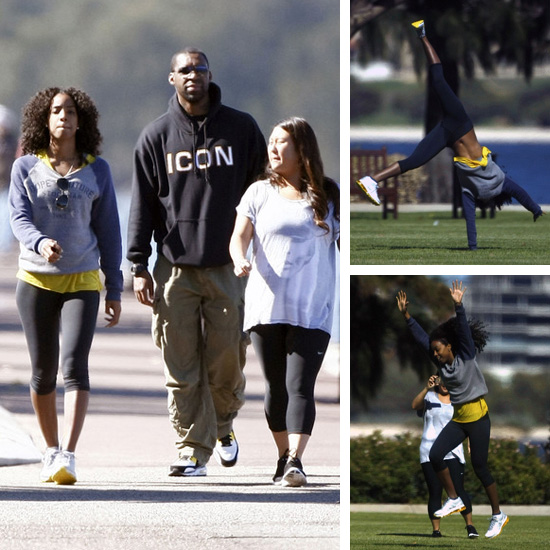 After performing for two weekends straight at Supafest in Australia, R&B singer Kelly Rowland wrapped up her time in the Land Down Under by enjoying a walk around the city with her bodyguard and a friend in Perth.

Rowland — who made a quick cameo in the newly released blockbuster movie “Think Like A Man” — was also spotted burning some energy as she cut cartwheels and showed off her toned body at a park in Perth right before she took off on a plane for the States via the Sydney Airport.