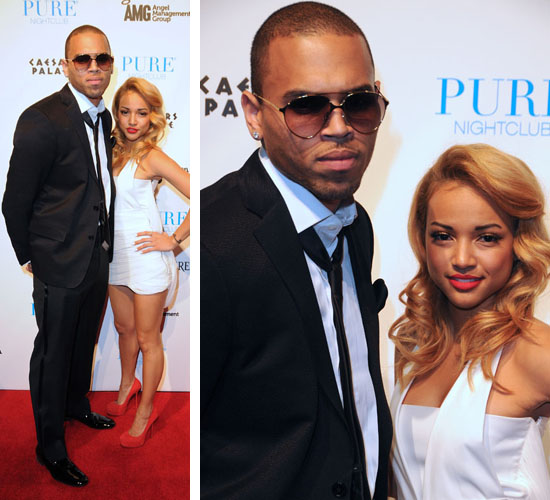 Among the many celebs who chose to ring in the new year in Las Vegas was Chris Brown, who hosted a New Year’s Eve party at Pure Nightclub at Caesar’s Palace Saturday night (Dec 31). The 22-year-old entertainer was joined by his girlfriend Karrueche Tran and an extremely large group of friends as they all brought in the year 2012 in Sin City.

After the clock struck midnight, guests were reportedly treated to a fireworks display, followed by a live performance from Chris, who later danced the night away with his pals until the early morning on New Year’s Day.

More photos of Chris Brown bringing in the year 2012 in Vegas below: