In the Anthony Mandler-directed video clip, the Hip-Hop mogul and a ton of his celebrity friends — including Jessica White, Eva Marcille, Christine Teigen, Chad Michael Murray, Aaron Paul, Lisa Seiffert, Michael K. Williams, Jesse Williams and Dania Ramirez — all party the night away in Las Vegas as the classic Sinatra tune “Luck Be a Lady” plays in the background.

Diddy’s right-hand man in the New Year’s Eve commercial is actor Frank Vincent, known for his roles in classic mob films like “GoodFellas” and “Casino.”

But with all of this partying and drinking, responsibility is definitely going to have to play a major factor … which is why on New Year’s Eve, Ciroc reps in major cities all over the country will be handing out prepaid debit and Metro cards so that NYE partiers won’t drink and drive.

Check out the new commercial below: 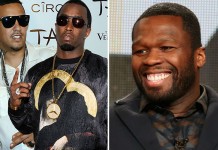 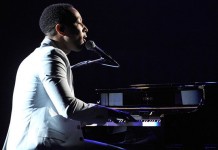 Grammys 2014: John Legend & His Trusty Piano Perform “All of Me” 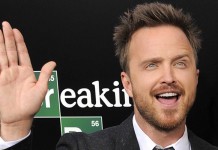