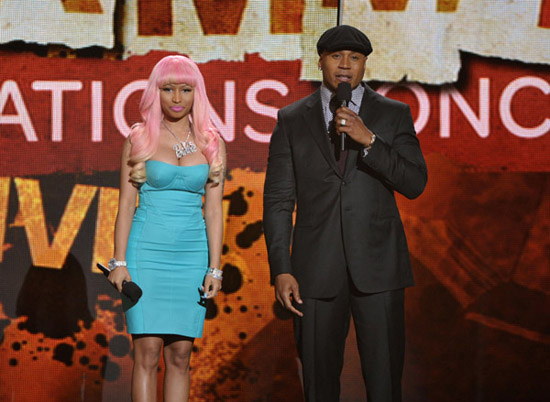 The official nominees for the upcoming 2012 Grammy Awards were announced with a special concert in Los Angeles last night.

Rapper LL Cool J hosted the event with a little help from Nicki Minaj and Katy Perry. Other celebs who appeared and/or performing at the Grammy Nominations Concert were Usher, Ludacris, Bruno Mars, Common, Grandmaster Flash, Jason Aldean and more.

Check out 30+ photos below: