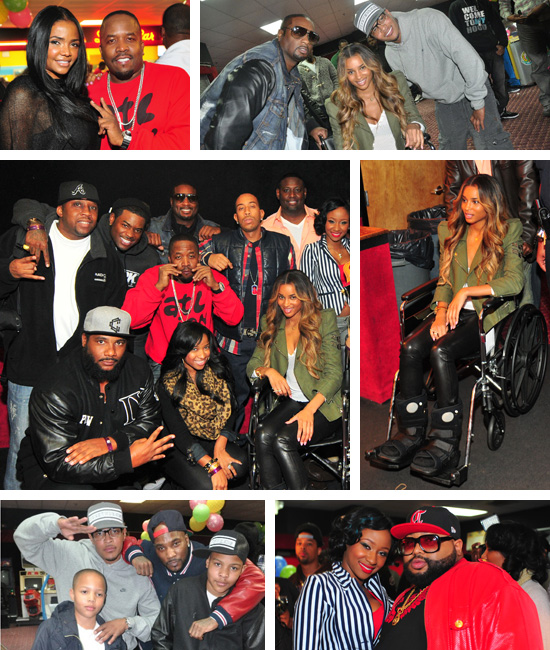 The guest list for the charity event included Ludacris, T.I., Young Jeezy, Big Boi, Toya, Polow Da Don, Ciara (who showed up in a wheelchair and wearing braces on both legs) and many others.

Through this star-studded event, DeVyne Stephens and his DeVyne Intervention foundation were able to raise thousands of dollars to help feed Atlanta’s homeless.

All of the proceeds went straight to he Hosea Feed the Hungry Foundation Holiday Dinner Program, which provides four major meal service events for Atlanta’s homeless, serving over 200,000 hot meals every year.

No word just yet on why Ciara rolled up to the event (literally) in a wheelchair, though it looks like she (and everyone else) had a ball!