Chelsea Handler is back to being a “single lady” now that the “Chelsea Lately” host and her hotelier boyfriend Andre Balazs have broken up after dating for less than a year.

Her reps confirmed the news to US Weekly without giving a reason for the split.

Though the TV funny woman and Balazs (Uma Thurman’s ex) still appeared to be an item over Halloween, Balazs, who owns seven hotels, including the exclusive Chateau Marmont in Hollywood and the Mercer Hotel in New York, didn’t accompany Handler to the Glamour Awards in New York on Monday.

Handler, 36, opened up about her newest boyfriend on CNN’s “Piers Morgan Tonight” back in May, telling Morgan that she had very “strong feelings” for the guy.

“I’m seeing someone now, but, I have spent so much time exposing my personal life to everybody that I finally am in a situation where I feel like it’s disrespectful to another person,” said at the time.

Chelsea Handler has been previously linked to a variety of men, including Dave Salmoni from Animal Planet, Comcast Chairman Ted Herbert and more recently, rapper 50 Cent. 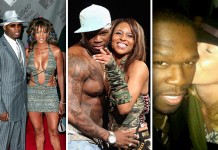 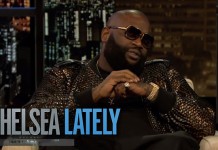