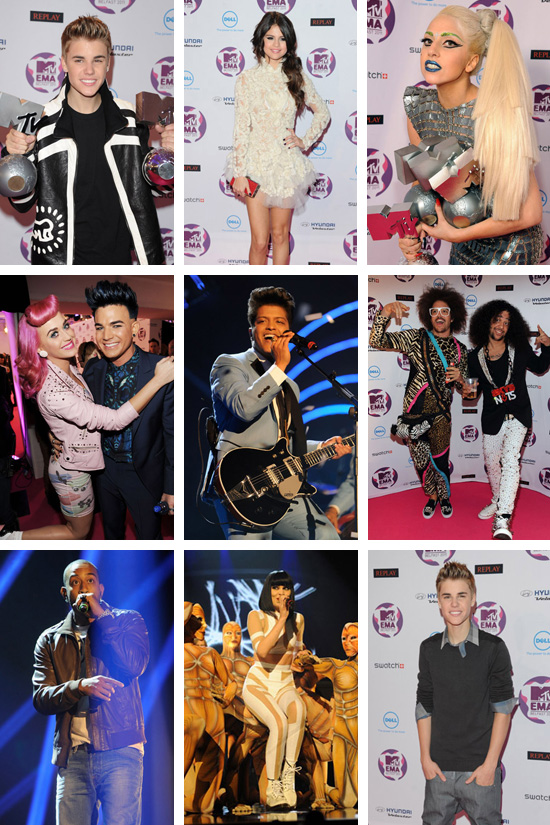 As far as the actual awards were concerned, Justin Bieber and Lady Gaga picked up the most trophies, including best male and best female act. Gaga also won awards for best song and best video for her hit single “Born This Way,” while Bieber picked up the award for best Pop act.

25+ photos from the red carpet, the show and the press room of the 2011 MTV Europe Awards are below: