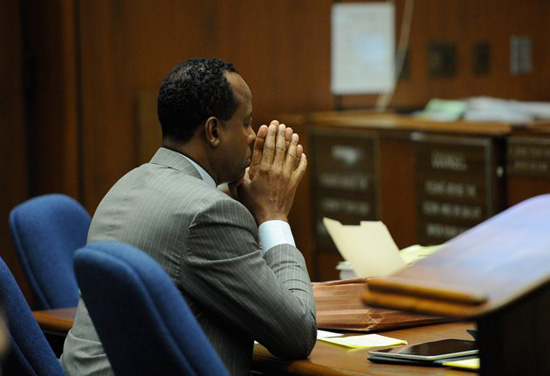 Dr. Conrad Murray prays during the final stage of Conrad Murray’s defense in his involuntary manslaughter trial in the death of singer Michael Jackson at the Los Angeles Superior Court on Tuesday, Nov. 1, 2011 in Los Angeles. Dr. Murray decided not to testify for his defense. Murray has pleaded not guilty and faces four years in prison and the loss of his medical licenses if convicted of involuntary manslaughter in Jackson’s death. (AP Photo/Kevork Djansezian, Pool)