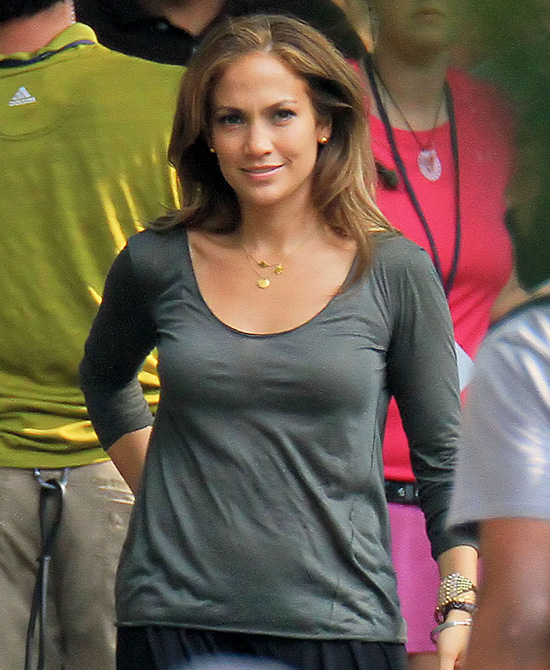 Jennifer Lopez is back at work following her unexpected divorce from Marc Anthony … and she was snapped on the set of her new movie “What to Expect When You’re Expecting” earlier today (and yesterday and the day before) in Atlanta.

The film, which also stars Cameron Diaz, Chris Rock and Chace Crawford follows four couples as they begin the road of parenthood, something J.Lo can relate to as she is the mother of two young twins Emme and Max, who were both also on the set watching their mommy film her new movie.

Meanwhile, sources say that Jennifer Lopez’s deal with American Idol is near completion, and she will most likely be returning to the show next season.

“We’re in good shape. No worries. No dark clouds on the horizon,” Cécile Frot-Coutaz, CEO at FremantleMedia North America, which produces the talent competition series, told the WSJ.

Check out the pics of Jennifer Lopez on the set of “What to Expect When You’re Expecting” in Atlanta, GA below: