GOSSIPONTHIS.COM Celebs Miguel and Lloyd Beefing Over a Haircut? 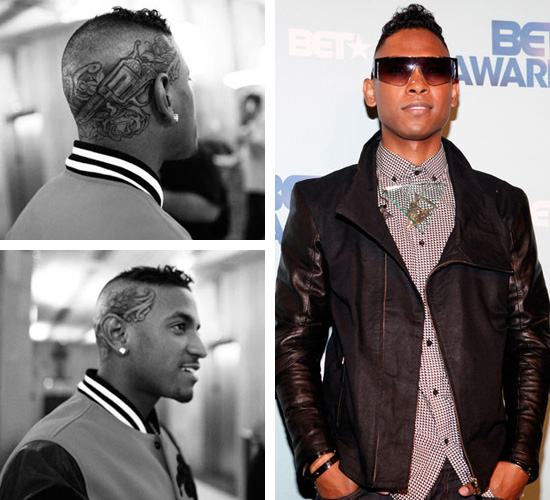 R&B singers Miguel and Lloyd are currently at war … and it’s all over a haircut!

Lloyd debuted a brand new hairstyle yesterday as he paid a visit to BET’s 106 and Park to promote his new album “King of Hearts.” But according to fellow R&B crooner Miguel, Lloyd’s new cut (which also shows off a new “Guns N Roses” new tattoo he recently got etched into the back of his head) is a direct rip-off from his own style.

Miguel is known for rocking crazy and usual hairstyles … and called Lloyd out (via Twitter) for ripping him off.

Read what he said below:

Shots fired? Not at all, according to Miguel.

Once Lloyd caught wind of Miguel’s comments … he had this to say (in a radio interview):

“Did you see me respond? That’s peanuts to an elephant. I am not the one for a lot of talking so I will see him when I see him.“