Rapper Flo Rida was popped for DUI in Miami Beach this morning!

According to TMZ, law enforcement officers noticed Flo swerving around in his red and black 2008 Bugatti (valued around $1.7 mil)….and pulled him over around 3:30 AM.

Cops smelled alcohol during the stop, so they gave Flo a field sobriety test … and obviously, he failed it because he was arrested on suspicion of DUI and taken to jail where he was booked.

When the officer tried to conduct a “walk the line” test — Flo told the cop, “Officer I can’t do this. I don’t feel I can walk a straight line. I had a few drinks. Let’s try another test.” Flo then tried to convince the officer, “I can make it home.” Cops didn’t let him try.

Flo’s blood alcohol level was .185, which is more than twice the legal limit. 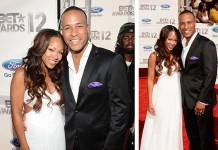