According to CNN, actress Fran Drescher will be launching a daytime talk show on Fox stations for a three week period starting November 26th. The show will broadcast live from Los Angeles and will air for a hour in select cities: New York, Philadephia, Minneapolis, Orlando, Phoenix, or L.A. Fox TV stations’ vice president of programming, Frank Cicha says Drescher is the perfect person to bring a new voice to daytime TV

“Drescher is the perfect person to bring a new ‘voice,’ if you will, to daytime…The female audience knows her, likes her, and we expect the show to bring energy and freshness to these time periods.”

If the show tests well for those three weeks….we might start seeing Fran a lot more often. We wish her the best of luck!! 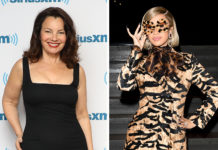 Fran Drescher: I Want Cardi B to Play My Daughter in “The Nanny” Reboot