What’s next for Brody Jenner? He was one of the star characters on MTV reality show, The Hills (which wrapped up its last and final season recently) and now he is rumored to be making an attempt to continue his career as a reality show star.

Many of you probably saw his past reality shows “Bromance” and “The Princes of Malibu”, which flopped. But now he is planning to showcase his latest romance with none other than Avril Lavigne. Yep! The couple is said to be actively pitching their show idea to several different networks including MTV.

Brody and Avril have been dating since March 2010 and in April made their romance official with matching tattoos. A friend of Avril’s says that she loves herself some Brody Jenner but isn’t too sold on the reality show just yet:

“She’s in love with him, but isn’t sure about it, yet she doesn’t want to tell him no,” Avril’s friend told In Touch Magazine. 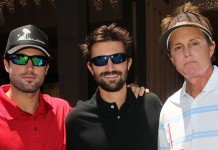 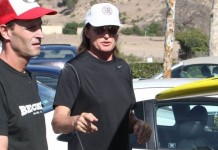